The Amazing Benefits Of Chile Peppers 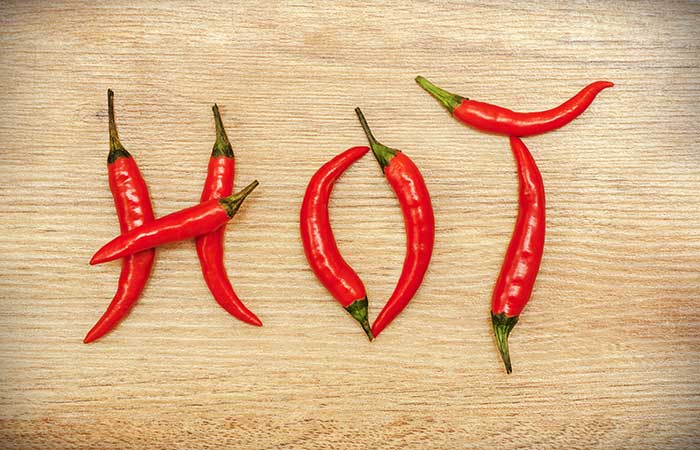 Chile Peppers are loved over the world and for good reason. Let’s talk a little bit about why Chile peppers are so amazing, and why they deserve to be celebrated.

Chile peppers are available throughout the year, adding that extra bit of zing and zest to even the most boring dishes. They are used in some of the most flavorful dishes in the world, and are incredibly healthy for those who are willing to brave them! They can be used in a variety of cuisines: Szechuan, Mexican, Thai, or Indian. And whether you enjoy them or just can’t bear to try them, they are actually really healthy. Here are the 3 high-impact health benefits that Chile pepper.

A little known fact about the Chile pepper is that it is a natural pain reliever. The peppers contain a substance called capsaicin, and the hotter the pepper, the more the capsaicin it contains! As you might have been able to guess, it is the capsaicin that causes peppers to have their characteristic pungent taste. Be careful, burning your mouth is not any fun!

Topical capsaicin is often used for pain from osteoarthritis and diabetic neuropathy. Topical preparations containing the substance have been found to disable pain from psoriasis as well. However, there is a slight side effect: a burning sensation at the area of application.

It is the capsaicin that is important in fighting inflammation as well. This is because capsaicin acts as a potent inhibitor of the neuropeptide that is associated with inflammation processes, i.e., the substance P. It is being studied, as a result, as an effective treatment for symptoms of sensory nerve fiber disorders, including diabetic neuropathy, psoriasis, and arthritis.

In fact, animals have also been shown to be affected and helped by this same quality. The interesting thing is that the capsaicin activates the receptors that actually respond to heat, even though the body is not actually being affected by heat. This quality is what makes it so important for inflammation relief.

It may be hard to believe, but Chile peppers can also be a blessing for your heart. This is also because of the capsaicin, which, in addition to reducing inflammation and pain, can also be used to counter heart disease. It is able to do so by reducing the chance of blood clots, as well as decreasing cholesterol and blood pressure.

Other studies have also shown that the capsaicin also blocks a certain gene that causes arterial contraction, thus preventing blockages in blood flow which could otherwise cause a heart attack or a stroke when the blood could not reach either the heart or the brain.