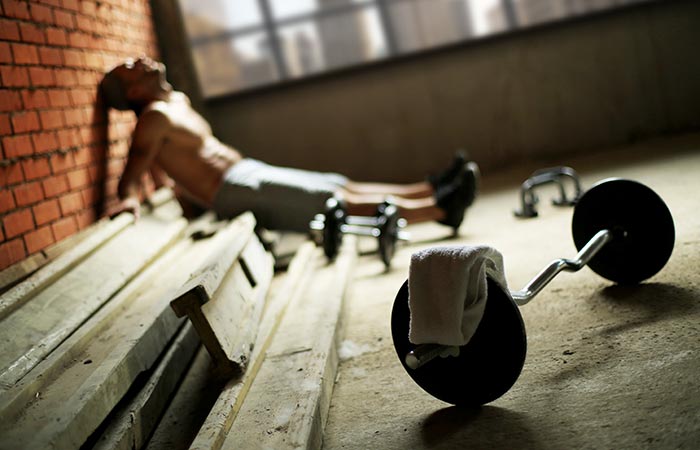 How to get motivated to work out when you’re tired?

Sometimes, it seems like the last thing you need after pulling a 9-to-5 work shift is a session at the gym! However, you might feel a little more motivated to work out when tired once you read our convincing list.

Get Science on Your Side for a Brainy Kick

You know how it seems like your body is drained of every little bit of energy? Well, it turns out that a little exercise can do wonders for that. Contradictory as it sounds, this has been proven to work because… science! The influx of adrenaline cruising through your body, the increase in neurotransmitters like dopamine, and greater supply of nitrogen-oxygen to the brain can leave you feeling far more relaxed and relieve you of stress while helping you shed some calories.

Ask Yourself some Simple Questions

When you feel too tired to work out, give yourself the chance to fill out a mental questionnaire. Do you need to lose weight? Is your diabetes off the charts? Is your cholesterol level in need of a severe reboot? Do you feel overall more energized after gym sessions? Is it harder to get back to working out after skipping? How much exercise will it take to make up for this?

You know, it might just start feeling like a better idea to simply go to the gym and avoid the hell of personal unhealthiness, guilt and regret later. There are many reasons why you should persist, not the least of which is improving your ability to persist even in other areas like work through practice at the gym.

Give Yourself some Incentive Systems

None of us are super human beings (though LeBron James and Michael Jordan comes and came close, respectively – do not forget Bo Jackson either), which is why a little incentive can go a long way in proving effective. You need to motivate yourself by promising some small rewards of exercising. For instance, set a goal-based objective such as “If I lose 5 pounds by this point of time, I shall get to reward myself with a new dress/a homemade brownie (low-cal, etc. but don’t think of it now)”…you get the drift? Incentives have been proven to work well in the long run as well.

Initiate a Buddy Program with Rewards

You know how your bud and you can get a Netflix subscription for multiple users and get huge savings out of the same? The same applies to your workout routine because the rewards of working out can leave you more energized.

Moreover, working out with somebody else (a work friend, a neighbor, or your best friend) can help you build stronger inter-personal relations and feel happier from the sheer warmth of company. You can each motivate each other and build a steady gym routine in the process. Don’t forget to compliment yourself and your friend on your success!