Prep Your Body For A Disease Free Spring And Summer Transition 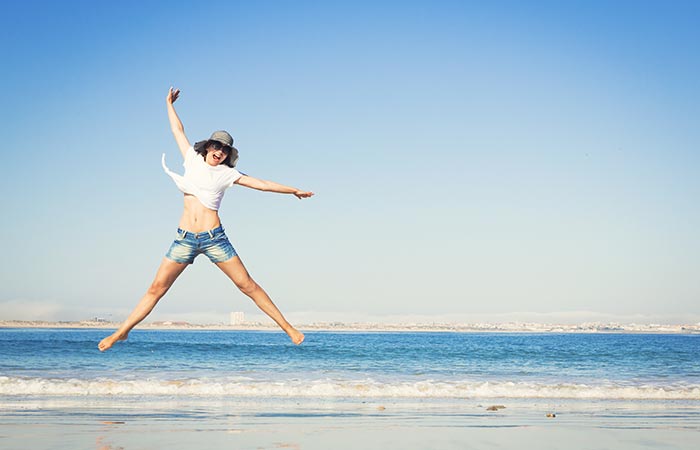 Winters are challenging times for your body, it goes through a tough phase, trying to adapt to the colder climate and adjusting the internal clock accordingly. Spring season is on its away, and summer will be here soon!

So, now it’s time to drop the winter blues and prepare your body for the upcoming spring and summer seasons. Whether you want to juice up for a summer bod or just begin the season on a positive note, there’s plenty you can do to get your body ready for the warmer seasons:

This one’s a no brainer, but is important enough to be mentioned. The summer season can give your body a thorough beating and can leave you dry and exhausted throughout the day. It is essential that you drink an adequate amount of water and other fluids through the course of your day. Try having 2 glasses of water when you get out of bed, before an activity and 4 afterwards. Generally, you should always be sipping on water every 15-20 minutes.

Spring & summer might seem like the worst time to exercise, but it is actually the best. The weather is optimally warm enough to help you sweat more and burn more energy. And for those who plan a little in advance, will have the perfect beach bod ready for the spring. So exercising during the transition from winter to spring is a marvelous way to gear the body for the warmer seasons.

Your diet is equally important as exercise, especially when it comes to prepping the body for spring & summer. And the best diet during this preparation period is one that includes plenty of fresh fruits and vegetables that are currently in season. You cannot beat that! Your body loves fresh and healthy food, not food that is fried and filled with chemicals.

If you’ve ever feeling lazy as a side effect of the cold winter months, you could prepare yourself for the spring by trying out some Traditional Chinese Medicine (TCM), which includes therapeutic and dietary plans that will help the body prepare itself for the hot season.

Ayurveda, which literally means science of life, is an ancient form of medicine that was practiced during the fourth Veda of the Vedic religion. Ayurveda has deep roots in India, and is said to aid the body & mind as it transitions from season to season. Practicing Ayurveda involves following fixed diets and strict regimens that include not eating after 7 pm, going to bed without any stimulants, and so on. Ayurveda is also said to boost immunity, preventing the onset of the flu and other viruses.