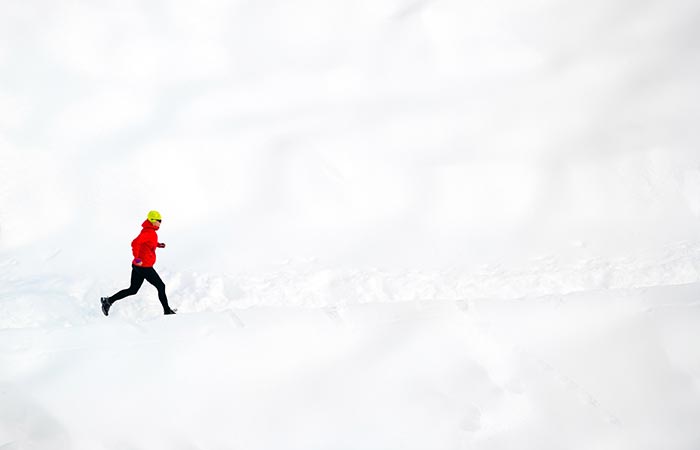 Best Workouts For The Winter Season

Winter is a time where getting out of bed is difficult, mostly because there’s no sunlight when you wake up in the morning, and most people would scoff at the very thought of exercise. But given the nature of the human body to bulk up on mass, it becomes even more important to work out during the cold winter months, no matter how undesirable it might be. So, why not take advantage of this natural muscle build up and try out some of the best winter workouts that will help you retain the muscle, while losing the fat that comes along with it. What is wrong with generating your own heat as well in the winter? That is another way to fight off the cold weather!

Swimming in the winter might sound ridiculous, but it has been observed that a couple of laps in the swimming pool during winter can burn nearly twice as many calories as during the summer. It’s really not that difficult once you’re in the water as the body automatically adjusts to the cold temperature of the water. It acclimates!

Not the most practical winter workout, but a very good one. Wall-climbing for the most part, happens indoors, and can be a great indoor work out where you don’t have to face the biting cold or wear 5 layers of clothing. This non-traditional workout is great cardio for the body, burning anything from 500 to 900 calories an hour, depending on rest periods. You could hit up any community center or gym that has a wall-climb.

Walking or jogging during the winters can help keep the body warm, apart from decreasing your blood pressure & cholesterol, and lowering your heart rates, and cholesterol when performed regularly. The increased metabolism that comes for jogging also increases the body’s ability to burn fat. Just be sure to warm up your muscles and layer-up properly. Hiking is one of the most beneficial and entertaining forms of exercise, offering a number of health benefits. Snow hiking, or walking around in the snow, doubles up those benefits because it requires a significant amount of effort on the part of your legs, lungs, and heart to move fast. Just make sure that you’re adequately prepared.

If you can’t seem to bring yourself to exercise in the winters, playing could be the next best thing. Whether it’s an indoor or outdoor game, playing can burn quite a lot of calories, while also being fun and engaging. Plus, the fact that you’ll have at least half a dozen guys calling you to get to the venue, will make sure that you get out of bed and to your work session.

And if you’re in a snow capped area, even better – you could go skiing or even have a snowball fight!

You can certainly can play basketball as well, and riding a bike is a year round activity too.