Benefits Of Sports Massage For Cyclists 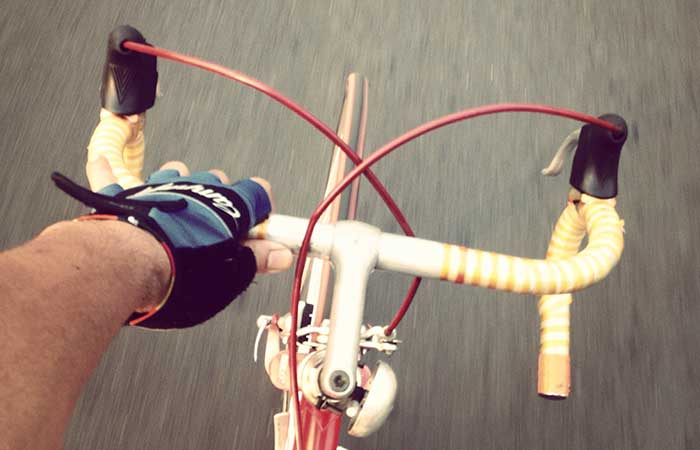 Long distance cycling is a great overall workout, especially for your legs. Take a look at any avid long distance rider’s massive quadriceps, and you’ll know what I am talking about.

Moreover, the longer and harder you ride, the more your leg muscles will get taxed, as well as other corresponding muscles used in the athletic pursuit.

As for competitive sprint cyclists, though they obviously travel much shorter distances, the quick burst of energy does produce a large amount of lactic acid. Lactic acid is a compound formed when glucose (blood sugar) is broken down into fuel during extremely intense exercise, and can buildup to excess and cause short-term heaviness and burning sensations in muscles.

One way cyclists can get a measure of relief is to visit a sports massage therapist. A sports massage, which can be done before or after (or both), is a helpful way to warmup and reduce recovery time by increasing blood circulation and allowing lactic acid and other metabolic wastes to drain away.

In addition, a sports massage therapist will likely work on all of a cyclist’s leg muscles, with focus on the quadriceps, hamstrings, abductor and adductor muscles, but especially the area at the patella (knee cap), where the muscles, tendons and ligaments all connect.

This is the point in which great stress is constantly being placed on by the heavy demands of serious cycling.

A sports massage will provide some relief to the aforementioned region, which often becomes tight, allowing for better range of motion (ROM) for pedaling while decreasing the likelihood of injury.

Speaking of range of motion, cycling is a repetitive movement performed within a limited range, meaning the legs are neither fully extended nor completely flexed during a revolution, lending to short, tight muscles in the hip flexors (Iliopsoas—psoas major and the iliacus).

Due to the hunched over, leaning position adopted by many cyclists, which causes an anterior pelvic tilt, hip flexors become even tighter.

Therefore, a sports massage therapist will work on this area extensively in order to permit the muscles to release from spasm, allowing for greater flexibility. Not only will a cyclist experience a better range of motion, and less discomfort, performance is likely to experience and upswing.

Furthermore, the bent over, forward tilting cyclist position places stress on the shoulders and lower back areas, causing those muscles to be overworked while others like the pectoralis muscles are being underworked and shorten.

This often leads to a combination of forward pulling rounded shoulders and a forward head position, which is called Upper Cross Syndrome.

These are other areas a sports massage therapist will manipulate in order to provide muscle relief and improve a cyclist’s training and, thus, performance.

Though a rider’s quadriceps get overburdened, secondary cycling muscles such as the calf muscles still need attention, as they aide in pushing and powering a cyclist up arduous hills.

You should integrate weekly sports massage sessions into your training schedule to keep your body performing at its best. And if your cycling has hit an obstinate wall, consider visiting a certified sports massage therapist, along with some rest, in order to help you surmount that hurdle.

Jerry Del Priore has worked as a certified personal trainer, and received his degree in Physical Education from Brooklyn College in 1991. Jerry is also a veteran print and digital Sports Writer-Reporter-Author experienced in writing in-depth profile stories on a variety of high school, college and professional athletes and teams.

Additionally, Jerry has developed a presentation based on his book, Running Through Roadblocks, which encourages children to overcome obstacles and never give up…no matter what!

In addition, Jerry has ample experience working with medically fragile children, children with behavioral challenges and children with cognitively impairments.